Pre-order now! Book will be released on November 26th, just in time for the holidays!

Set against the backdrop of coal-rich, hard-scrabble West Virginia and “civilized,” segregated Virginia, Mingo reveals the deep divide between corporate might and those seeking a fair wage for an honestday’s work. The novel plumbs the depths of brotherly love, betrayal, and the power of reconciliation amidst the deadly struggle to unionize America’s coalfields.

The Matney brothers are tragically fated to divergent paths: fourteen-year-old Bascom to the coal mines with his father, and younger Durwood to the care of distant family in far-off Richmond. Shaped by circumstances and time, the brothers form deeply held, conflicting beliefs about the world and their places in it. Bascom is resolved to a life underground but dreams of escape and a reunion with his brother;

Durwood thrives in a life cushioned by wealth but disciplined by the promise of returning home as soon as things “settle down.” Things rapidly unsettle in Mingo. The Matney brothers find themselves separated by more than the Appalachian Mountains when Mother Jones, “the most dangerous woman in America,” begins stirring up the coalfields with ideas about the collective good. They become embattled in the West Virginia Coal Wars and the largest armed uprising since the Civil War, setting coal miners and their families against the notorious Baldwin-Felts detectives, pitting brother against brother. 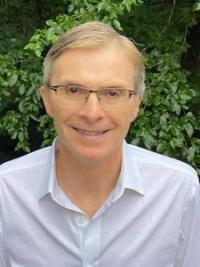 Thoughtfully researched, beautifully written, and culminating in the historic Battle of Blair Mountain in the summer of 1921, Mingo delivers unforgettable characters while exploring themes of class struggle and racial division that continue to roil America.

Praise for Mingo
“Mingo is a realistic depiction of the Appalachian mine wars as well as a closely detailed look at the entire culture of coal versus the hifalutin culture of Richmond and the Old South. Seen through the eyes of two irresistible mountain brothers, Durwood and Bascom Matney from the coal mining community of Mingo, the issues of class, race, and unionization take on real flesh and blood. Suspense and pathos mount in a plot as relevant today as ever. Mingo is a moving and thought-provoking page turner.”
– Lee Smith, Bestselling author of The Last Girls and Fair and Tender Ladies

Jeff Barnes was born and raised in Tazewell, Virginia, in the heart of coal country. He lives, writes, and practices law in Richmond, Virginia. Mingo is his first novel.