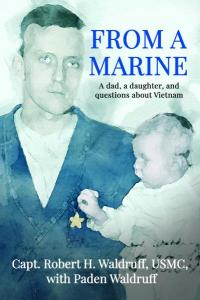 When Robert Waldruff returned home – with “luck and divine grace” – from the Vietnam Conflict, he put the memories behind and began his pursuit of the American Dream.

For 35 years, those memories stayed locked inside. It happened. He served. And that was that.

When his grown daughter Paden – born while Waldruff served in the Western Pacific – wanted to learn about her dad’s “Vietnam War,” he immediately agreed. The two started a two-and-a-half-year correspondence that explored personal and family history as well as Vietnam. 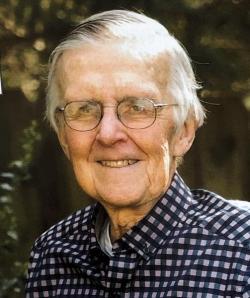 The writing proved therapeutic for Waldruff, and in 2016, he enrolled in the Mighty Pen Project, a class at the Virginia War Memorial where veterans reflect, record, and memorialize their experiences. From a Marine includes a selection of Waldruff’s short stories, poems, and his one-act play, Guardian Angels, which was professionally produced in September 2021 by Firehouse Theatre, Richmond ,VA.

“… sense courage and spirit in these pages, Robert’s toughness leavened by time and empathy. You may see that, like me, you can trust him when you struggle somewhat. Robert is here in these hard-won words. You can lean on the lessons he shares.”