By Patrik Svensson
$17.99
On Our Shelves Now

One of USA Today’s “5 Books Not to Miss”

One of Forbes’ “Best Summer Reads"

Part H Is for Hawk, part The Soul of an Octopus, The Book of Eels is both a meditation on the world’s most elusive fish—the eel—and a reflection on the human condition

Remarkably little is known about the European eel, Anguilla anguilla. So little, in fact, that scientists and philosophers have, for centuries, been obsessed with what has become known as the “eel question”: Where do eels come from? What are they? Are they fish or some other kind of creature altogether? Even today, in an age of advanced science, no one has ever seen eels mating or giving birth, and we still don’t understand what drives them, after living for decades in freshwater, to swim great distances back to the ocean at the end of their lives. They remain a mystery.

Drawing on a breadth of research about eels in literature, history, and modern marine biology, as well as his own experience fishing for eels with his father, Patrik Svensson crafts a mesmerizing portrait of an unusual, utterly misunderstood, and completely captivating animal. In The Book of Eels, we meet renowned historical thinkers, from Aristotle to Sigmund Freud to Rachel Carson, for whom the eel was a singular obsession. And we meet the scientists who spearheaded the search for the eel’s point of origin, including Danish marine biologist Johannes Schmidt, who led research efforts in the early twentieth century, catching thousands upon thousands of eels, in the hopes of proving their birthing grounds in the Sargasso Sea.

Blending memoir and nature writing at its best, Svensson’s journey to understand the eel becomes an exploration of the human condition that delves into overarching issues about our roots and destiny, both as humans and as animals, and, ultimately, how to handle the biggest question of all: death. The result is a gripping and slippery narrative that will surprise and enchant.

Patrik Svensson is an arts and culture journalist at Sydsvenskan newspaper. He lives with his family in Malmö, Sweden. The Gospel of Eels is his first book.

“A masterful narrative that is part memoir and part scientific detective story.”
— Smithsonian Magazine, “10 Best Science Books of the Year”

“Svensson has, quite stunningly, discovered in the natural and human history of the European eel a metaphor for his father’s life and a way to explore questions of knowledge, belief and faith.”
— Washington Post

“Captivating . . . shot through with electric current. The book’s deadpan title perhaps undercuts its depth and complexity. Yes, this is a book about eels, those uncanny creatures, but in Svensson’s capable hands it is also a book about obsession and mystery, about faith and science, and about the limits of knowledge . . . Like Annie Dillard and Rachel Carson, Svensson knows the best nature writing is done with emotion and drive.”
— Minneapolis Star Tribune

“Nature writing at its finest. Svensson's memories of eel fishing with his father speak to the intersection of life and science, and add to its heart.”
— Shelf Awareness

“Blending a wonderfully evocative and succinct timeline of scientific discoveries about eels with a memoir of his changing relationship with his father, Svensson has produced an extremely readable book on a fish that all have heard of but few (on our side of the pond) have actually seen.”
— Booklist

“An unusual and beguiling guide to an unusual and beguiling animal. . . . Svensson’s book, like its subject, is a strange beast: a creature of metamorphosis, a shape-shifter that moves among realms. It is a book of natural history, and a memoir about a son and his father. It is also an exploration of literature and religion and custom, and what it means to live in a world full of questions we can’t always answer.”
— The New Yorker

“As much a boon to my mental life as a blow to my social one. For weeks after reading I found myself cornering people at parties to obliterate them with a machine-gun spray of eel facts. But according to The Book of Eels, I’m not alone in my eelmania. . . . If you don’t think of yourself as someone who might enjoy meditating on eel glory, well, I didn’t either, and here I am transcribing my encounter for publication.”
— New York magazine

“Captivating . . . The Book of Eels is, in the end, not really about eels but about life itself.”
— Wall Street Journal

“Poses questions about philosophy, the metaphysical, and the spiritual, as well as scientific issues, in a way that will stir readers. This beautifully crafted book challenges us not only to understand eels but our own selves. Highly recommended.”
— Library Journal (starred review)

“Svensson . . . melds the personal and scientific in this captivating look at the European eel. . . . Nature-loving readers will be enthralled by [his] fascinating zoological odyssey.”
— Publishers Weekly (starred review)

“Inspires readers to see eels in a whole new way.”
— Los Angeles Times, “21 New and Classic Books to Keep You in Touch with the Natural World”

“An account of the mysterious life of eels that also serves as a meditation on consciousness, faith, time, light and darkness, and life and death. . . . an intriguing natural history . . . that sheds as much light on humans as on eels.”
— Kirkus Reviews

“Without a doubt, the most delicious natural history book of the decade. Svensson’s prose effortlessly undulates between his own personal experience and a thousand years of scientific inquiry. But it’s his call to conservation—not just of this noble eel but of our memories both personal and cultural—that truly elevates this remarkably poignant work.”
— Mark Siddall, Curator and Professor, American Museum of Natural History

“A wonderful read. The story of the eel is one of the most fascinating on the planet, but equally fascinating is the story Patrik Svensson tells so well here about the mysteries of being.”
— Bernd Heinrich, author of Mind of the Raven

“With lyricism and sharp clarity, Patrik Svensson lets us in on the secret dream-like world of the eel. As we move deeper into a book that intertwines beautiful nature writing with a moving memoir of a quiet father and a loyal son—as well as healthy doses of philosophical thought from Aristotle to Freud—we get to know one of Earth's most unknowable creatures and revel in a life so different than our own.”
— David Gessner, author of All the Wild That Remains


“What an amazing book.  About eels! — a haunting and extraordinary creature. Patrik Svensson explores both their mystery and the science that has brought them into focus in the last few decades and made them seem a vivid indicator species for the health of our planet.” 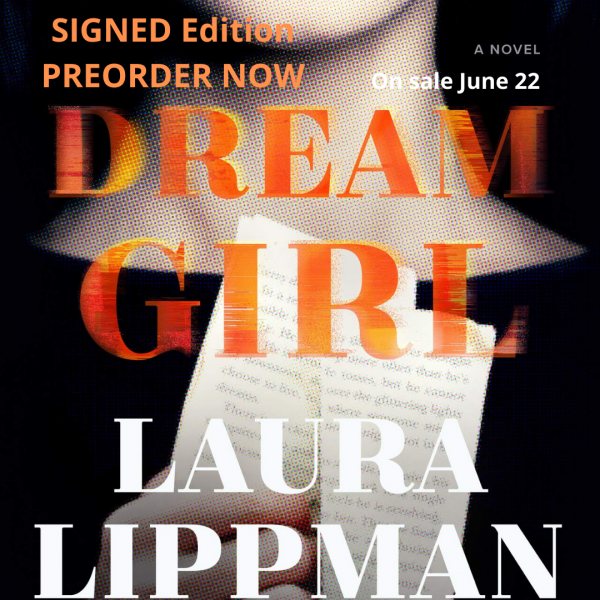